Bolivia was, technically, the first Latin-American nation to declare its independence. This took place on 16th July 1809 in La Paz where insurgent and revolutionary Pedro Domingo Murillo took arms, somewhere around where the current Plaza Murillo stands today. However, this lasted about 6 months until the Spaniards took back the control of the capital and the country. Bolivia waited another 16 years to be independent again, on 6 August 1825.

This is why, July is a very special month for all paceños and the best time to visit Bolivia. The city is known to celebrate with concerts, theater and dance. Most of the celebration is held on the evening of the 15th, during what is called verbana. People celebrate in the streets of La Paz while drinking hot drinks such as sucumbe. Sucumbe is a tradition on its own, only available around this time of year. It is a Bolivian version of the eggnog with milk, eggs and singani, the Bolivian grape-base liqueur.

During the verbana, there is a huge street party at Plaza San Francisco where people can eat, drink and enjoy free concerts. Thus, tourists in La Paz will be able to enjoy much more than the usual breathtaking sights, cable car rides across the city and towering mountains. 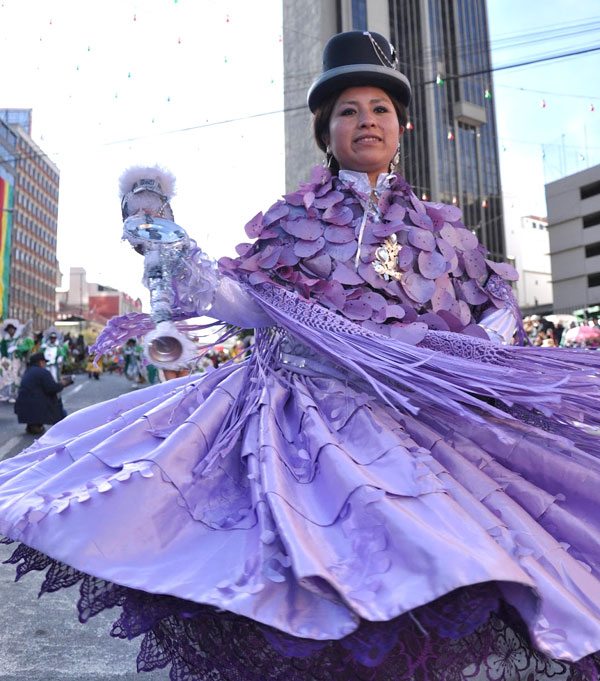 The celebrations include cultural events, with art and photography shows, food festivals, folklore and poetry readings. On the 16th there is a parade and the day is a local bank holiday.

But festivities don’t stop here. Since 1988, every year between July and August takes place the Entrada Folklórica Universitaria, it is a dancing celebration organised by the Unversidad Mayor de San Andres (UMSA) in La Paz to honor local traditions. University departments all dance in a long parade that starts at about 8:30 in the morning and lasts all day turning eventually into a party.

Tourists and locals can enjoy watching traditional dances performed by the students in folkloric outfits: Suri Sikuris, Salaque, Tinku, Doctorcitos and the Morenada, Diablada and Caporales.

Usually this event is on the last Saturday of July. This year it will be held on August 3rd.

Because National Independence Day is on August 6th, the month of July and August are celebratory months, the streets are decorated with the colors of the department of La Paz (green and red), giving it almost a Christmas-y feel.

July and August may be winter months and the coldest of the year but the constant blue sky and warming sun make it a very enjoyable time to walk around La Paz and explore its surroundings.

Enjoy the sunny days and stunning views of the mountains around during which is arguably, the best time to visit La Paz.