For many people, traveling is a form of spiritual practice. Traveling can refresh and renew your sense of wonder, and allow for a deeper connection to the earth, other cultures and your self. Now, traveling to specific places known for their spiritual power can be an even more spiritually rewarding experience.

Tourist destinations that are highly regarded spiritualy have been constructed based on specific belief systems, such as churches and temples, and some are known as such simply based on the energy and vibration of the landscape and nature. These last tend to be of spiritual importance to ancient and native cultures. 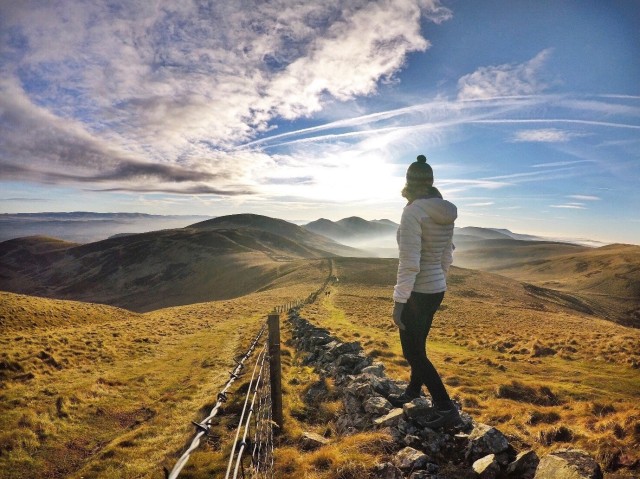 In this post, we will tell you about the most spiritual places to travel to in South America. We can even imagine a spiritual tour for you, starting in the low-lands of Bolivia and ending in the peruvian desert. Many of these destinations are known for their ancient legends, spiritual practices and long-standing ceremonies, while other sacred sites now exist as ruins or natural wonders.

Samaipata (Bolivia)
We start our imaginary spiritual tour in Samaipata. The ruins of Samaipata are located in the remote mountains of central Bolivia, 120 kilometers from the city of Santa Cruz, the largest city of the Bolivian low-lands. The ruins of this fort and ancient, pre-incan religious temple are one of the most enigmatic ancient sites in all of South America. Located on a mountain at 6500 feet above sea level (1949 meters), the site was first discovered by the early Spanish and named ‘The Fortress’ as they believed it was a strategic, military strong-hold of the Incas.

Today, archaeologists believe it was not a military fortress, but a spiritual one. The ruins of Samaipata consist of two parts: the stone hill carved with fascinating images of jaguars, snakes, other zoomorphic and geometrical figures, a water tank with conduits, and a curious seating arrangement; and an area to the south of the stone hill that seems to have been the administrative and residential district. The seating arrangement at the top of the stone hill was designed with 12 seats carved into the hilltop facing toward each other in a circle.

You can travel to Samaipata by bus from any city in Bolivia. Just click here for a full article about how to reach Samaipata from Cochabamba, Sucre, La Paz and Santa Cruz. In order to get to La Paz, where our next destination lies, you can take a bus from Santa Cruz to La Paz.

The Ancient City of Tiwanaku (Bolivia)
Our next stop are the ancient ruins of the pre-incan city of Tiwanaku, which was once the spiritual and political capital of the Tiwanaku Empire. Believed to have existed between 300 BC and 300 AD, this empire dominated the area in the current border between Bolivia and Peru. Today, it is a ceremonial site with majestic structures infused with an ancient spirituality that’s palpable. Hightlights are Tiwanaku’s beautifully crafted sculptures and its mysteriously crafted megalithic stone arch known as La Puerta del Sol (“The Gate of the Sun”). What’s more astounding than these few remnants themselves is the mindboggling story behind their construction. Consider the fact that the stones — weighing up to 150 tons — were somehow transported from more than 10 miles away.

Today, the ruins are the center of a spiritual celebration of the Winter Solistice. Every june 20th, indigenous communities gather around the Gate of the Sun at night and hold bonfire vigils, waiting for the sun to return and receiving the first rays that go through the gate. This celebration has become a spiritual tourist attraction in the last ten years. You can travel from La Paz to Tiwanaku by train. To buy tickets and check out the schedule, click here.

Lake Titicaca & Sun Island: Birthplace of Inca Civilization (Bolivia/Peru)
Just a few kilometers from the ruins of Tiwanaku is the next place on our tour: Lake Titicaca. This lake was central to the birth of the Inca civilization, as legend has it both its founder-king,  and the sun itself were said to have emerged from these glistening blue waters. Thus, the lake’s Isla del Sol (“Island of the Sun”) became a vital religious center, attracting pilgrims from across the ancient empire to visit its shrines on this endless lake.

It is hard to believe that this remarkable expanse of shimmering water, the highest altitude navigable lake in the world, is indeed a lake and not a vast ocean, as it unfolds towards the horizon in a spectacular display of natural beauty. You can sail across the expansive lake to the Sun Island, discover this sacred site with moon and sun temples and spellbinding scenery. Soak up the mythical aura of this true South American icon as you walk along flagstone paths to temple ruins set against a backdrop of picture-perfect snow-capped mountains.

Boats and tours to the Island of the sun leave from Copacabana, a colonial town on the Bolivian shore of Lake Titicaca. To find out how to travel by bus from La Paz to Copacabana, just click here.

Machu Picchu
The next stop in our spiritual tour needs no presentation. This ancient ruin is located high in Peru’s Andes Mountains, a feat of engineering performed by the Inca Empire in the 15th century. The site is home to many temples, shrines, and caves, and is most renowned for their advanced civil engineering and way the buildings portray astronomical formations. Climbing to Machu Picchu has been a journey of deep spirituality for people ever since the site was re-discovered two hundred years ago. Many sites in the area used for healing and connecting to ancient energies.

The remote remains of this ancient Inca civilisation were hidden for around 400 years. As well as being a marvel of engineering, with stones so precisely shaped to fit together that they required no mortar, the complex contains multiple shrines, temples and carvings, some of which are clearly oriented to astronomical events.

In order to get to Machu Picchu, you must travel by train from Cusco. You can easily travel to Cusco from La Paz, and even get a direct bus to Cusco from Copacabana in comfortable buses.

Nazca
Our final destination in this imaginary spiritual tour is one of the greatest mysteries on this planet: the Nazca Lines, monumental drawings etched across 500sq km of the Pampa Colorada of southern Peru, in impeccably geometric lines.

Since they can only be seen clearly from the sky, Peru’s sand-etched lines – some of which depict animals and others, geographical patterns – have led theorists to ask themselves  who they were originally intended for. Were they messages to the gods? Were they created by aliens? More recent research suggests that the lines were ritualistic in purpose, designed to be walked along, single file and deliberately, in a quest for spirituality and enlightenment. They could be anything from ceremonial sites for the gods of water, to an astronomical calendar.

No matter if you view from ground level or by plane, you’re certain to be awestruck. Contemplate the many theories for yourself as you marvel at the hundreds of geoglyphs from above. You can easily buy tickets to travel by bus from Cusco to Nazca by following this link.  Happy enlightenment! 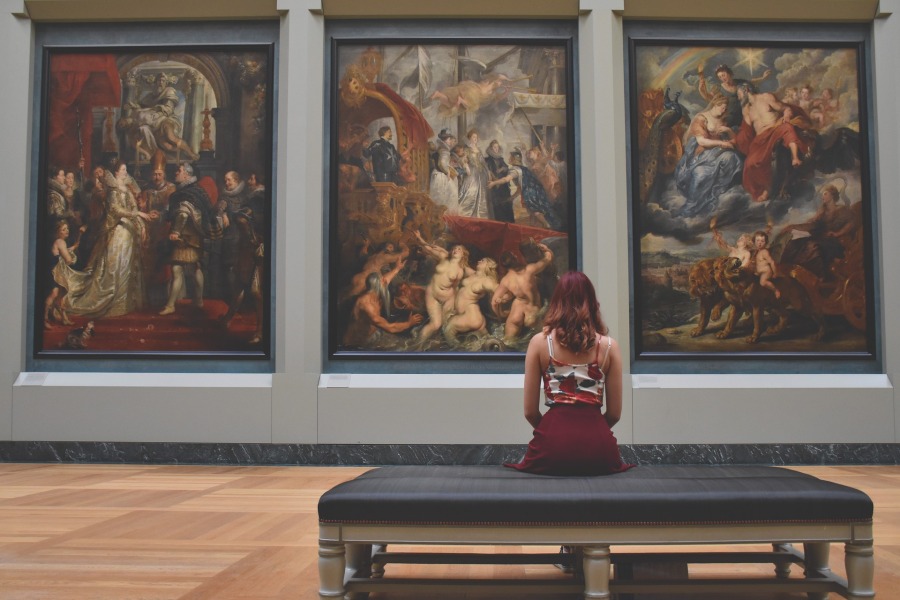 Museums are wonderful places that allow us to travel through time through physical objects, be they pieces of artwork or historical relics. In this time of staying behind closed doors, many of the best museums in the world have opened their collections to virtual visits, allowing their expositions to be enjoyed online.

This has been wonderful for museum lovers, but we cannot deny that being there is just different; breathing the air, seeing the light on the objects, listening while a specialized guide lets us in on all the secrets. Just like theater and dance need the presence of spectators to come alive, museums are complete only with the living presence of visitors.

In this post, we tell you all about the best Bolivian destinations for you museum lovers, explaining how you can travel to each city from different points in the country and which are those museums you just cannot miss, so you can plan your trip for when lock-down is over.

La Paz is the seat of government of Bolivia, a city of two million inhabitants, at an altitude of 3600 m above sea level. As one of the liveliest cities in the country, it has a large cultural and historical tradition, and a wide array of museums you just can´t miss. Here, we tell you about our favorites:

You can travel to La Paz from Peru easily, through Puno, and make La Paz your first stop in Bolivia. You can also travel to La Paz from Chile, with direct bus trips from Arica or Iquique with bus companies that offer comfortable buses and a very good service. If you are in any other city in Bolivia, you can take a bus to La Paz very easily and at different schedules. All buses from other departments arrive at the Bus Terminal of La Paz, located on Peru Av.

Potosi is a city of colonial architecture, with a very rich history and culture. It is key for understanding Bolivia´s history. It was declared Cultural Heritage of Humanity by UNESCO in 1987, due to it´s contribution to universal history and its architecture and art attractions. The city was founded on the foothills of the Cerro Rico de Potosi, literally a mountain of silver that provided funds for the Spanish Crown for centuries. At it´s summit, Potosi had more inhabitants than Paris. Today, the city has several museums that might interest you, but we bet this one will be your favorite:

Potosi is a very easy city to travel to, with completely paved highways if you´re coming from La Paz, Villazón or Sucre. If you´re coming from La Paz, you can buy your bus tickets online here. The buses depart from the Bus Terminal of La Paz at 21:30 and arrive in Potosi early in the morning. If you come from Sucre, you can buy your tickets here online. The trip from Sucre to Potosi takes only 3 hours in normal buses.

Sucre is a colonial city in the Bolivian valleys, the constitutional capital of the city, despite the seat of government being in La Paz. Known for its streets of white walls and houses with red tile rooftops, its churches and castles and… its beautiful museums. Birthplace of intelectuals, historians, political leaders and writers, it was on the streets of Sucre that the first cry for liberty came about in Latin America, in the 19th century.

Traveling to Sucre is easy from any main city in Bolivia, such as Santa Cruz or Cochabamba. All you have to do is buy your tickets online and show up at the bus station at least 30 minutes before the trip. Trips from Potosi to Sucre by bus are very frecuent, since the two cities are not far away and the highway that connects them is in very good shape.

We wish you a happy return to museums very soon!